Below you will find a handful of wedding videos (hint… scroll down to see them all!). These are all real weddings, with real couples, and each one took place at the stunning Montage Laguna Beach.
We hope these videos can provide you with loads of indispensable inspiration.

From the groom... "The night Ariela and I met was a Friday on January 16th, 2015. Even though that was not our first actual date, we have kept it as our relationship anniversary date since it truly is the night we began a relationship. I went to a friend's social gathering in her apartment even though I was initially reluctant. It was an after-dinner gathering and I was exhausted. I sat in that room for about 25 minutes hating myself for making the decision to come. I didn’t know anyone and the room were full of guys who would imitate the accent after we exchanged pleasantries. I got up to leave. Upon taking my last drink before leaving, I see these two girls walk in. One a tall blonde, the other completely covered head to toe in winter gear with only her eyes on show. Naturally, I gravitated towards the human mailbox. I noticed she had sat down on the couch I was on before... I saw that as an opener. Unfortunately, however, I noticed she had also started talking to some other guy... Game on. I sat down beside the guy, right in between him and Ariela actually. I started talking to him so as to take his attention off Ariela.. after a bit of small talk (and tactfully with my back to Ariela this whole time) I turned around and introduced myself to Ariela and her friend. The next few moments of that conversation can only be described as revelatory. Each exchange was peppered with a healthy dose of sarcasm, wit, and banter. It was my ideal environment. Pretty much the only type of conversation I feel comfortable in actually. As we spoke more and as she realized that we were inside a building with central heating, she started to remove her outer-winter clothing. Once the hat and scarf were off I realized I was talking to someone far out of my league. Any comfort I had in the prior conversations ran away from me and I was left speechless. Conversely, I also realized I wasn’t going to let this opportunity run away so survival instinct kicked in and I wasn’t going home until we had a date. As I walked her back to her apartment I learned that her dream was to move to LA and work in Hollywood. I’d met my Cinderella. A fellow dreamer. Except, with this one, her dreams were her goals, not her fantasies. I was hooked." From the bride... "It all started when my roommate told me she was dreading going to some Friday night dinner party but promised her friend she’d show. Being the incredibly giving selfless lady I am, I offered to walk with her there and after some time be her “excuse to leave”. I walked in and immediately regretted it, being the outgoing introvert I am, I realized I had not fully recharged from the exhausting week I had just endured and really wished I had stayed home to eat frozen gushers. New faces, stranger conversations, but then.. a tall red-headed boy. In the far right corner of that room. Tall. Handsome and by his biting of the edge of his cup, I now knew we shared similar sentiments towards this social engagement/predicament we were in. But I also knew, I was gonna get a date with that boy by the end of the night. But what’s the fun without a little chase? A tactful walk by him and to the couch I went where I’d find someone to engage with until that boy would come to find me. (I’d hoped). 10 minutes into a very forced conversation... A tall handsome man arrived. However, when he sat down between me and the other guy, I was bewildered to find him turn his back to me and cut me out of the dialogue.. but no, he had a plan all along ... a quick 360 the other way and a “hi I’m Joel what’s your name,” he had my full attention, and I knew I was talking to my future husband." 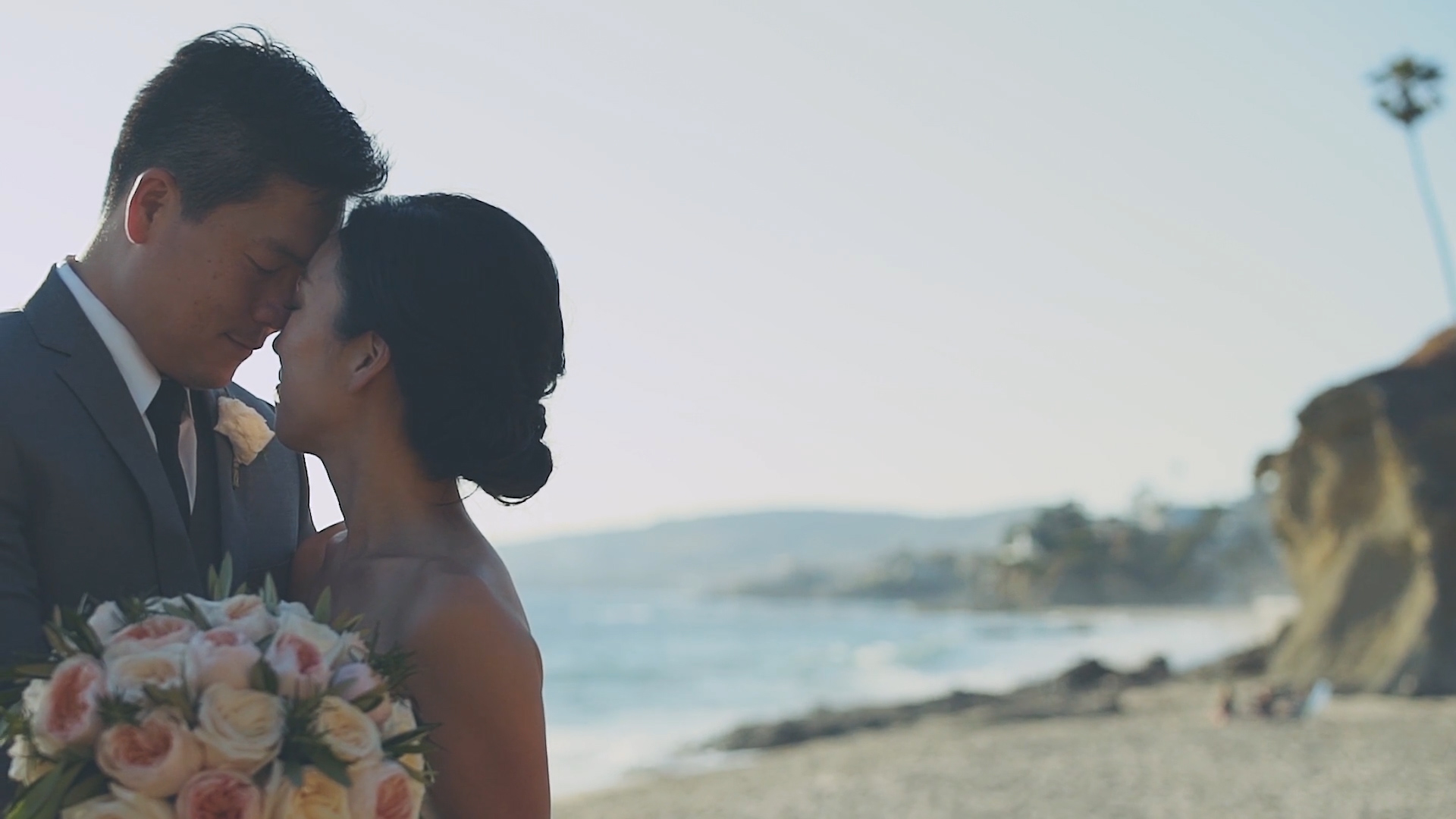 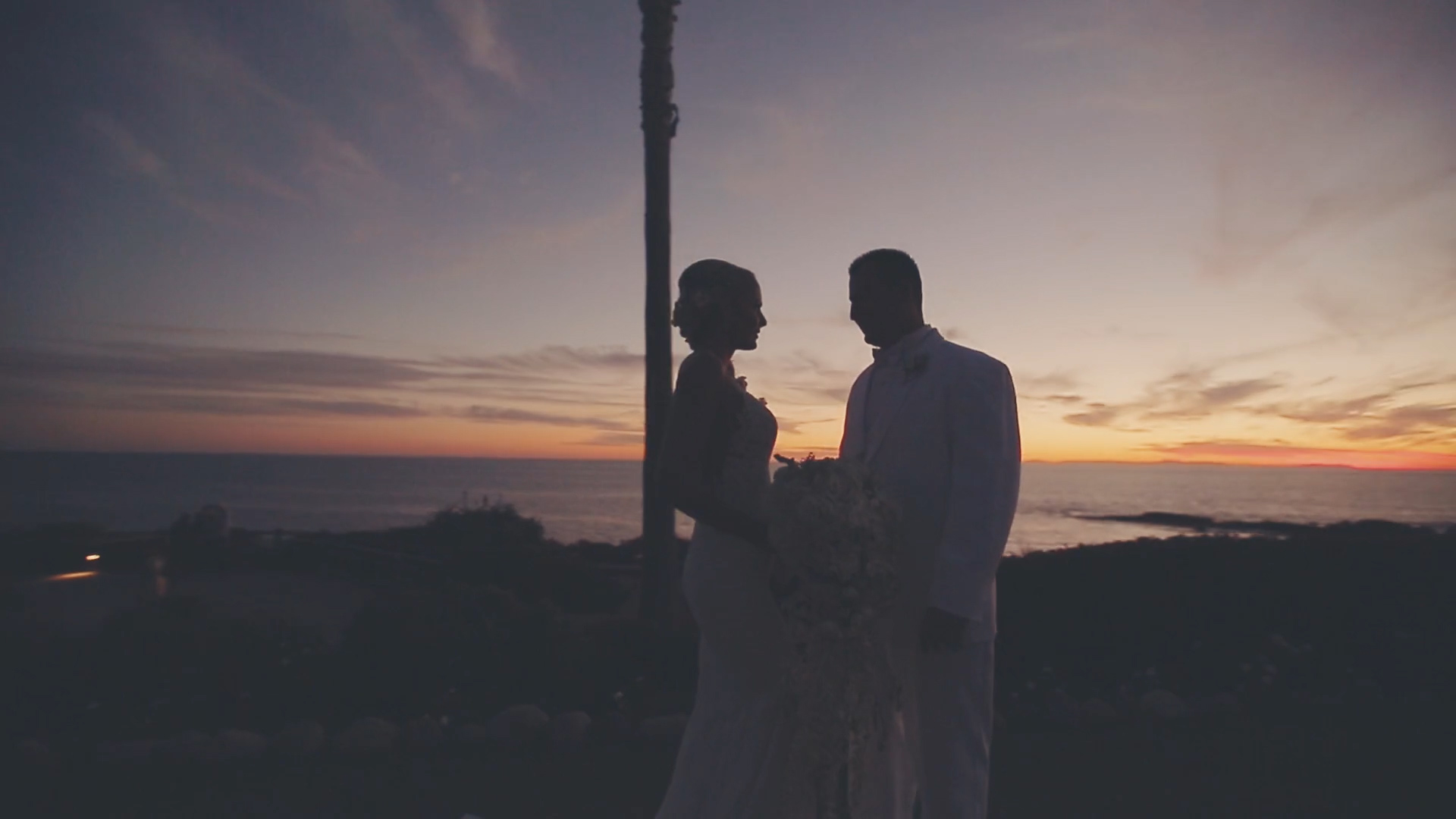 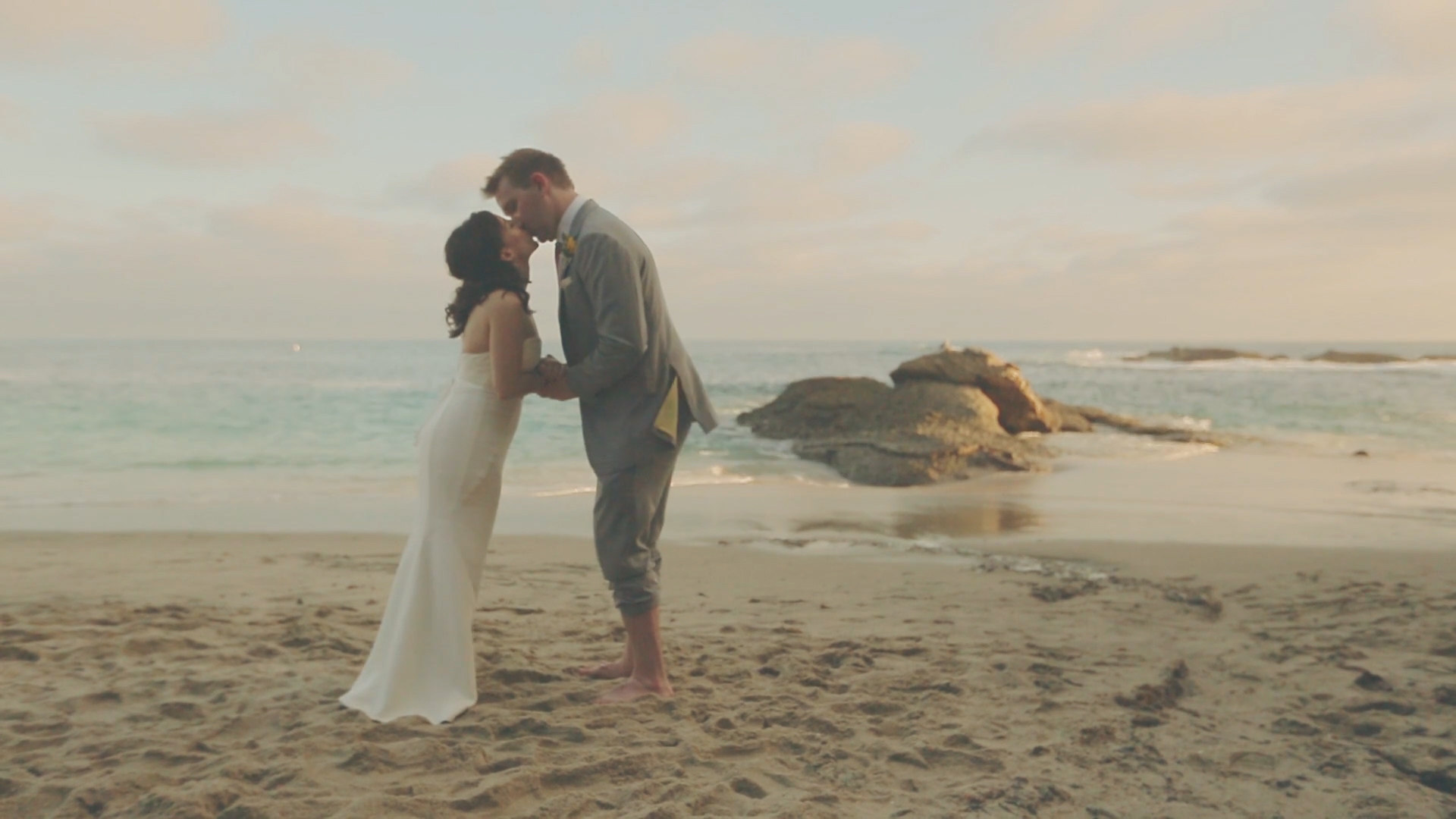 From the bride... "From the first date on, we were smitten. It was easy, we booked travel together within a few weeks, and it just worked. Michael's Chicken Risotto helped along the way with an 'excuse' to have a date night at her apartment. Whilst Michael was on Exchange, they were inseparable spending every weekend, every party, and traveling around the US and Mexico together. Afterward, Michael had to return to London to finish his masters, but we vowed to see each other at least monthly and Skype as often as we could. They were some hard months as long distance is never fun. But it worked. Guess distance does make the heart grow fonder! It was soon decided that Michael would move to NYC upon finishing his degree and somehow we survived another six months in a tiny studio apartment (where Michael's clothes remained in boxes as there was no room to unpack!). We worked through the hardship of Michael finding a job and once he had one, he knew he wanted to take the relationship to the next level. Within a few months, (it was actually they're second-year anniversary celebration) Michael surprised me with the question! Of course, I said yes, and here we are today, delighted as can be :-)" 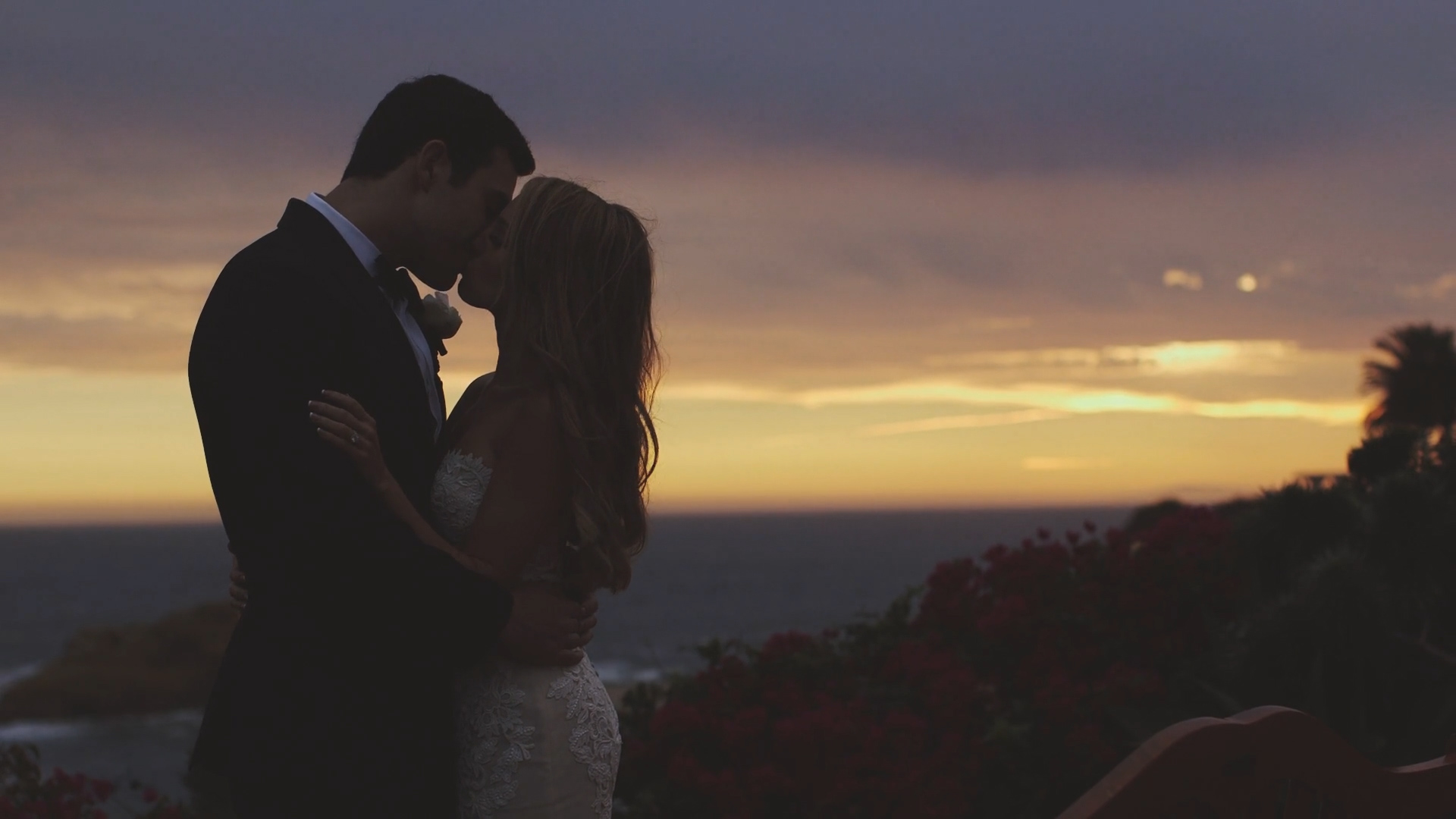 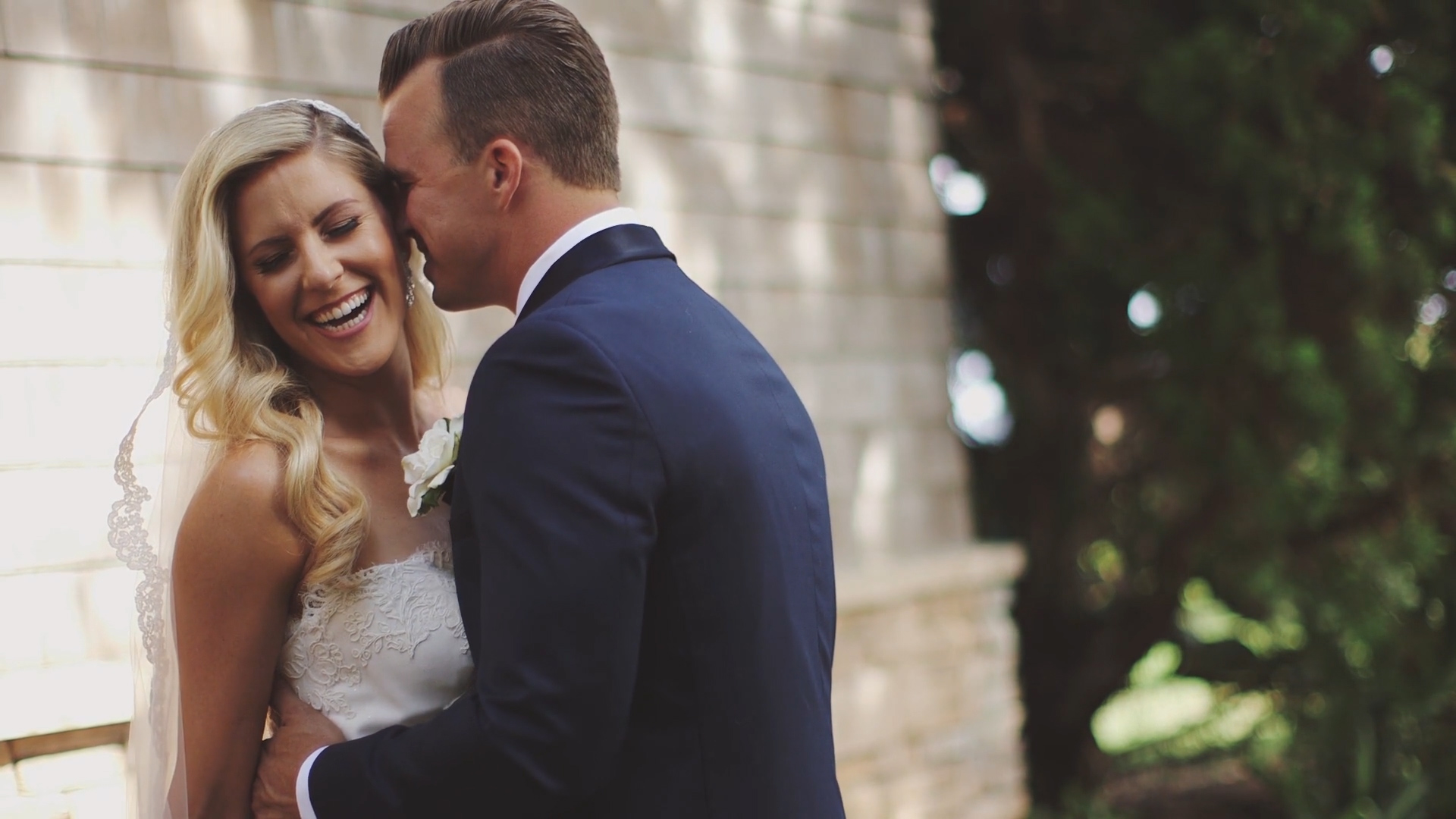 "Priscilla and Dustin would never have crossed paths if Priscilla hadn't applied for a position at a company where Dustin had been working at since high school. It took several months for Dustin to finally gather the courage to walk up to Priscilla’s desk to say hello, and then proceed to casually bug her throughout the day. One day Dustin asked Priscilla if she would ever consider dating a younger guy. He “somehow” managed to find out she was single. Without any hesitation, Priscilla said NO. She would only consider dating guys who were older than her. Well, that pretty much sums up that conversation. Months later, Priscilla was promoted to a sales position and as fate would have it, her desk was right next to Dustin’s. Dustin began training Priscilla in this new endeavor and day after day they would joke around with one another, laugh until their stomachs hurt, spill personal information and connect on a level they never knew existed. There was no way to ignore the chemistry between them, but Dustin waited to take the plunge. Work became exciting! Waking up early wasn’t as tough, and greeting each other in the morning became the highlight of their day. Life suddenly became so much better. Finally, Priscilla got Dustin’s cell phone number from the work roster and started texting him. Texting turned into hours of conversation, which led to the first move: Dustin finally asked Priscilla out to see a movie. And then, on New Year’s Eve, they had their first kiss at the stroke of midnight. The rest is history!"