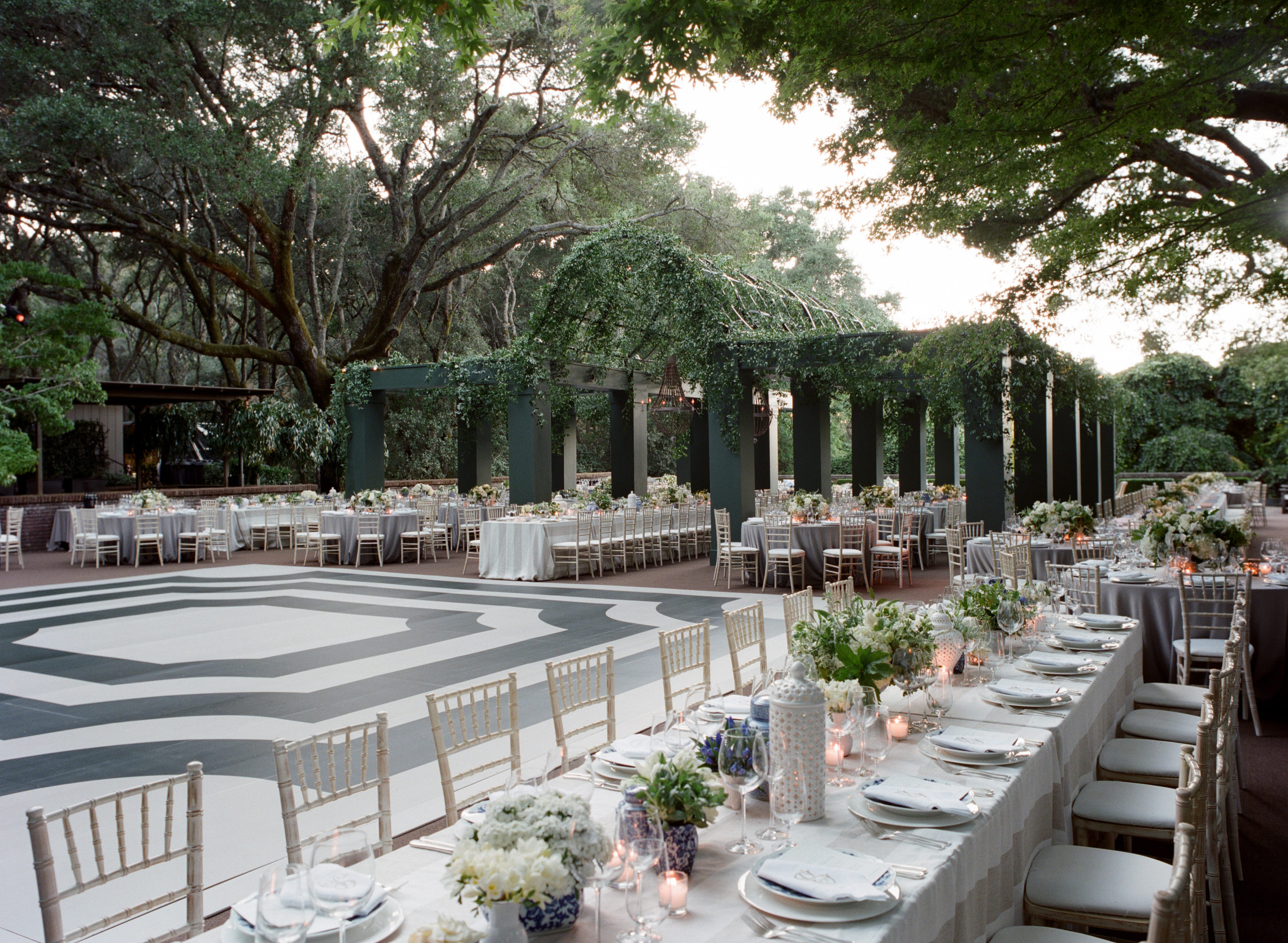 Below you will find a handful of wedding videos of weddings planned and executed by Laurie Arons Special Events (hint… scroll down to see them all!) These are all real weddings, with real couples, and each one was produced by the talented team at Laurie Arons Special Events. We hope these videos can provide you with loads of indispensable inspiration.

From the groom..."Kathleen and I met during my first semester of freshmen year of college - Kathleen's junior year. I'm younger. We became friends - I thought she was "cool" - she listened to the newest music, wore cool clothes, and spoke with wit. We were good friends for the next four years. Then, one night in December 2013, Kathleen was in San Francisco visiting family and we met up for dinner. This dinner served as a turning point in our relationship as we both felt it turn into a date. We started our romantic relationship from then on out! I remember a few months later we went to a party at an art gallery and Kathleen started dancing by herself. Again, so cool, right? I thought to myself this is who I want to spend the rest of my life with. Seven months after that first "date" in the City, I had to move to Philadelphia for work for one year. So we put our relationship on hold. Shortly after I moved back to California in 2015, I received a text message from Kathleen saying she had a dream about me. This re-sparked our relationship. We did long distance from 2015 to 2017, visiting each other in the Bay Area and San Diego and traveling quite a bit. In 2017, Kathleen moved to the Bay Area, which put us in the same city and allowed our relationship to blossom. We got engaged in 2018 at a hotel garden we could see from our bedroom window in the city. Additionally, it was a garden we would walk our dog, Will.

From the bride... "Matt and I met our freshman year of high school in Atherton, California. During our freshman English class, we became quick friends, mostly because I would help Matt write his papers. As we grew up a little bit, we become closer and closer friends and eventually started dating our sophomore year. Like many high school relationships....it ended before we graduated. Matt went off to college in New York City at Columbia University and I stayed local to the Bay Area and went to Stanford. Throughout our college years, we kept in touch on and off, at one point dating again for a few months, at other points drifting away from one another for a year or more at a time. After college, I moved to New York City at the encouragement of my best friend from college and started my career. As I had suspected he would, Matt chose to stay in New York City after school and start his career there as well. After about a year of creating our own lives in the big city on our own, we met up one night in early 2015 and have barely spent time apart since! We got engaged in our apartment in New York City on October 5th, 2018 and can't wait for our big day to finalize what has been in the making for 14 years!" 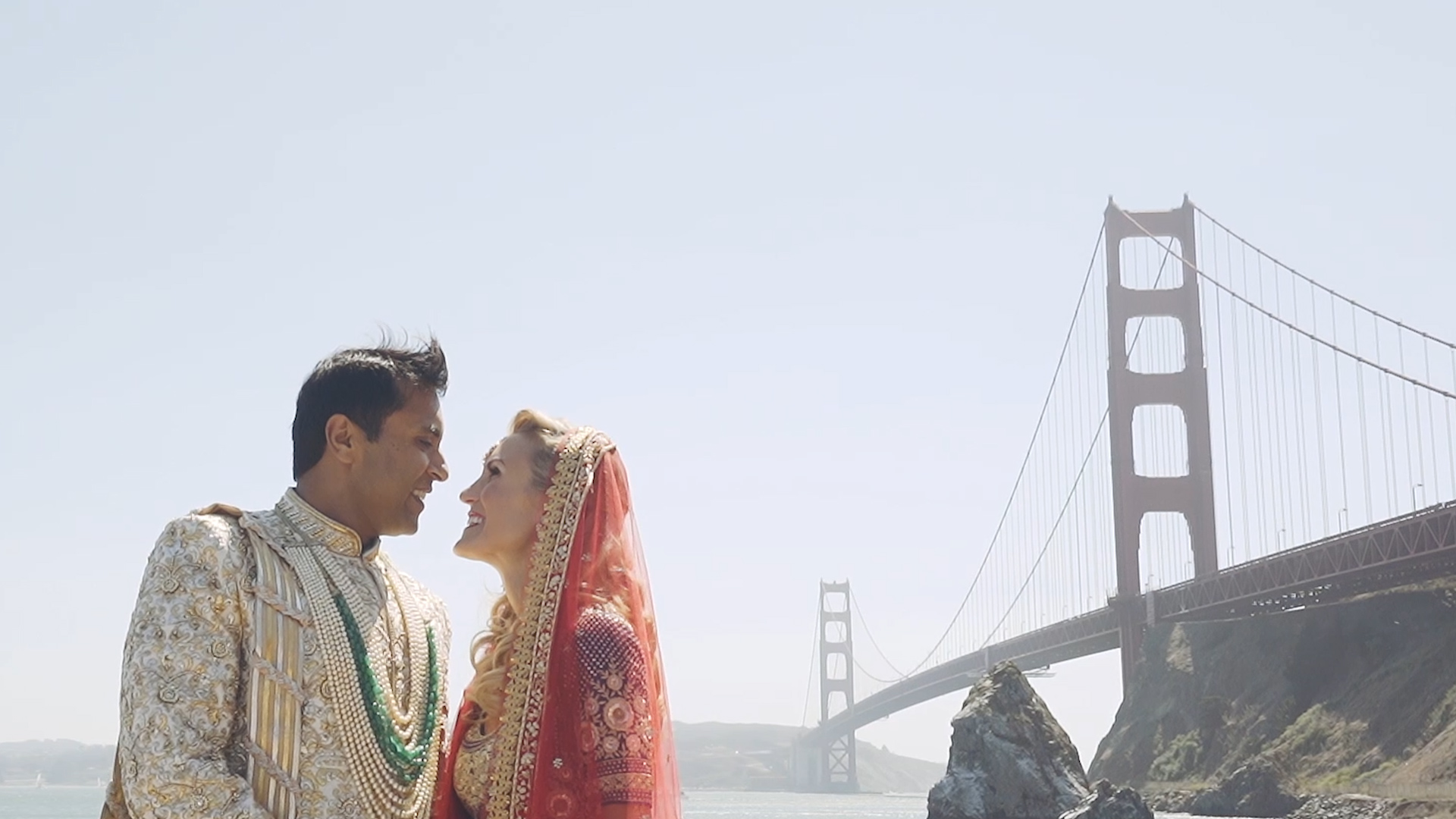 From the bride... "We met June 2015 in San Francisco at a mutual friend's birthday party. Joe is one to "know everyone", but he didn't know me. He had another mutual friend introduce us - we ended up finding several things in common and hitting it off. After coordinating our busy schedules, we finally met up for drinks a few weeks later, then went on our first dinner date a few days later, and eventually, we were seeing each other multiple times a week. In November, Joe's job offered him a promotion he couldn't refuse to work in their Southern California office. While I was not excited about being n a long-distance relationship, we both saw a future together and decided Joe should make the move. After a year and a half of making trips back and forth, Joe finally moved home! Five months later, he asked my dad to get lunch. We were planning on moving in together in early 2018, so I thought the lunch was to respectively ask my dad's permission to live together before marriage. Little did I know, it was to ask for his blessing to propose! On December 21st, 2017, Joe planned a trip to one of our favorite places, Pebble Beach. When we are there, we love to watch the sunset on the 17-mile drive and take a selfie by the beach. On this day, we did just that, but instead of taking a selfie, he got down on one knee with a ring. I was out of my mind surprised! Our immediate family was waiting for us around the corner, where we celebrated and had dinner on the water. We are both from the Bay Area and wanted a local wedding. We decided on Stanford Memorial Church because both of our grandfather's attended Stanford, and my parent's got married there too! It was special to both of us. Then, the wedding planning began... :)"

From the groom... "We first met at a whiskey bar in the Marina neighborhood of San Francisco. My friend Nick invited me to a company happy hour and his girlfriend Nina invited Christine from work. After a couple of drinks and bonding over the fact that we were both from Seattle and had the same favorite scotch, we hit it off and spent the remainder of the event getting to know one another. According to her, Christine was hooked by my energy within minutes. We all set plans for oysters later that week and I proceeded to head downtown to meet up with some friends, later receiving a text from Nick, who had never asked to go out late night with me but wanted to see what I was doing this particular evening. Nick and the girls all came downtown to meet up and we all proceeded to have a great night. Christine and I connected later that week for dinner, forgoing the double date and going on our own. After that dinner, and Christine breaking it off with her existing boyfriend of 5 years, we've been pretty much inseparable, spending every possible minute together."

From the bride... "John and I met in a very San Francisco way. We met online. But, I think how we both came to be on the same dating app is important to share. At the time I downloaded the app, I was happily dating someone. A girlfriend of mine and I were at dinner and she told me she was applying for a marketing position at The League. My response? That app seems horribly pretentious and if I didn't meet my husband while attending an Ivy League school, why would an app work? We talked at length about The League and why the concept would or would not work out. And then she hit me with her ask: would I download the app on my phone so she could interact with and become familiar with the UI/UX before her interview. She asked me to download the app since she had recently gotten married and was worried what her new husband might think. A couple glasses of wine later, I downloaded the app. It would be weeks before I looked at The League again. Meanwhile, across town, John was contacted by The League's founder Amanda Bradford and asked if he would please consider joining the community. Apparently, The League was oversubscribed by women 10:1. Hesitant and a bit frustrated by the whole dating scene, John reluctantly downloaded the app. To his surprise and delight, he was matched with me. He wrote me one simple message that read something like: "Hi Amy, You seem like a fun, cool girl and I'd like to grab a glass of wine or coffee and get to know you." I loved everything about this message. It was straightforward, it included wine and coffee, and avoided me spending hours texting with a stranger. So, we agreed to meet at Momo's (a bar/restaurant) near both of our offices. One cocktail led to another, and then it led to not wanting to say goodbye. We stretched our time together for as long as we could—even sharing a ride back to Pacific Heights so I could meet up with some friends. From that night on, we were nearly inseparable. Our dates started with brunch and ended with a movie and wine well after midnight. John fell very quickly and very hard. He told me he loved me after only three weeks of dating while on an unplanned but coincidental trip up to Healdsburg. And, I wasn't too far behind him. A few weeks more and I had fallen."

From the bride... "Beau and I met on Match. We had our first date at Tacolicious on Chestnut Street (the original location). I left the restaurant and called my friend Alex, (who is a groomsman) and he said got back I'm meeting you for drinks. As we were sitting chatting, I received a text from Beau asking when he could see me again. I was like Alex, what is this, what is going on. Alex said, "Mary, that's a real man you've been dating assholes." It's a funny story but so true! I really knew I loved Beau when I saw him interact with my grandmother. He is so sweet and kind to her, he gets down on her level to talk to her when she's in her wheelchair. It is very sweet to see. We were driving her down to Pebble Beach once and she wanted to stop at McDonald's, I think older people enjoy the consistency, they always know what they're going to get, no surprises. I was driving and Beau was in the back seat, charged with getting her chicken nuggets ready and he was just amazing and that's when I really knew. I can't explain it but I knew." 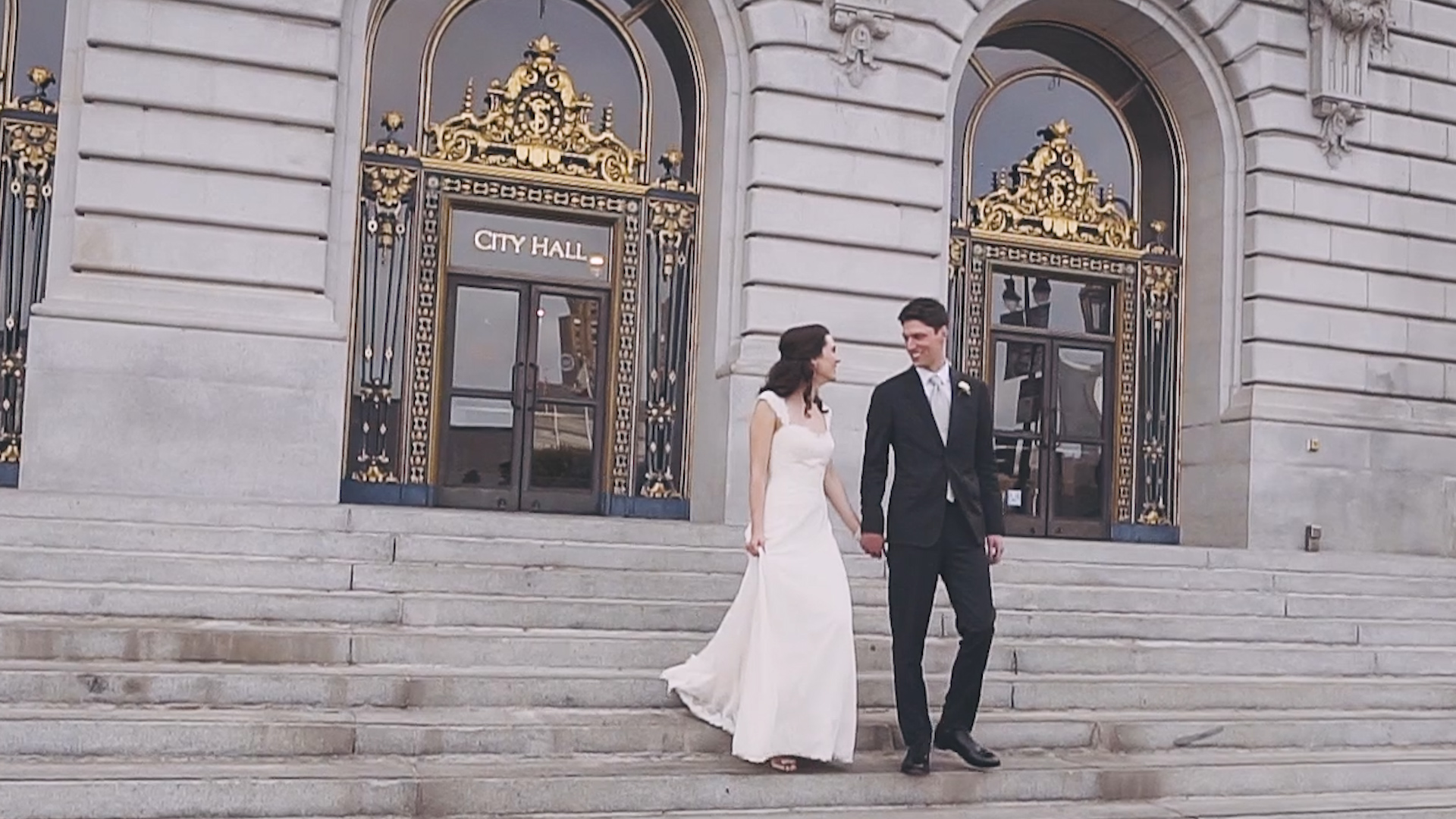 From the bride... "Sean and I met in the summer of 2011. I was renting a room in his fraternity with other girls from my sorority, and I remember looking across the room the first time I saw him and thinking “wow, he is very attractive.” We were just friends for a while, but we would always find ourselves playfully arguing (a.k.a. flirting) about world events, pop-culture, politics, etc. I know now that Sean was quite intrigued by me and the fact that I didn’t mind his love of healthy debate (which is good, as it has gotten worse now that he is a lawyer :) ). Over time, flirty debates turned into great conversations, and those conversations turned into deep talks during which we realized how much we really had in common. We began dating, and in the spring of 2012, when I was getting ready to move to San Francisco for a summer internship, Sean asked me to be his girlfriend. Little did we know that this was the start of an amazing relationship. It has withstood two years of long distance, five public accounting busy seasons, three years of law school, and one bar exam; and we are stronger because of all of it. Somewhere along the way, I fell in love with my best friend, and I can’t wait to marry him at San Francisco City Hall."