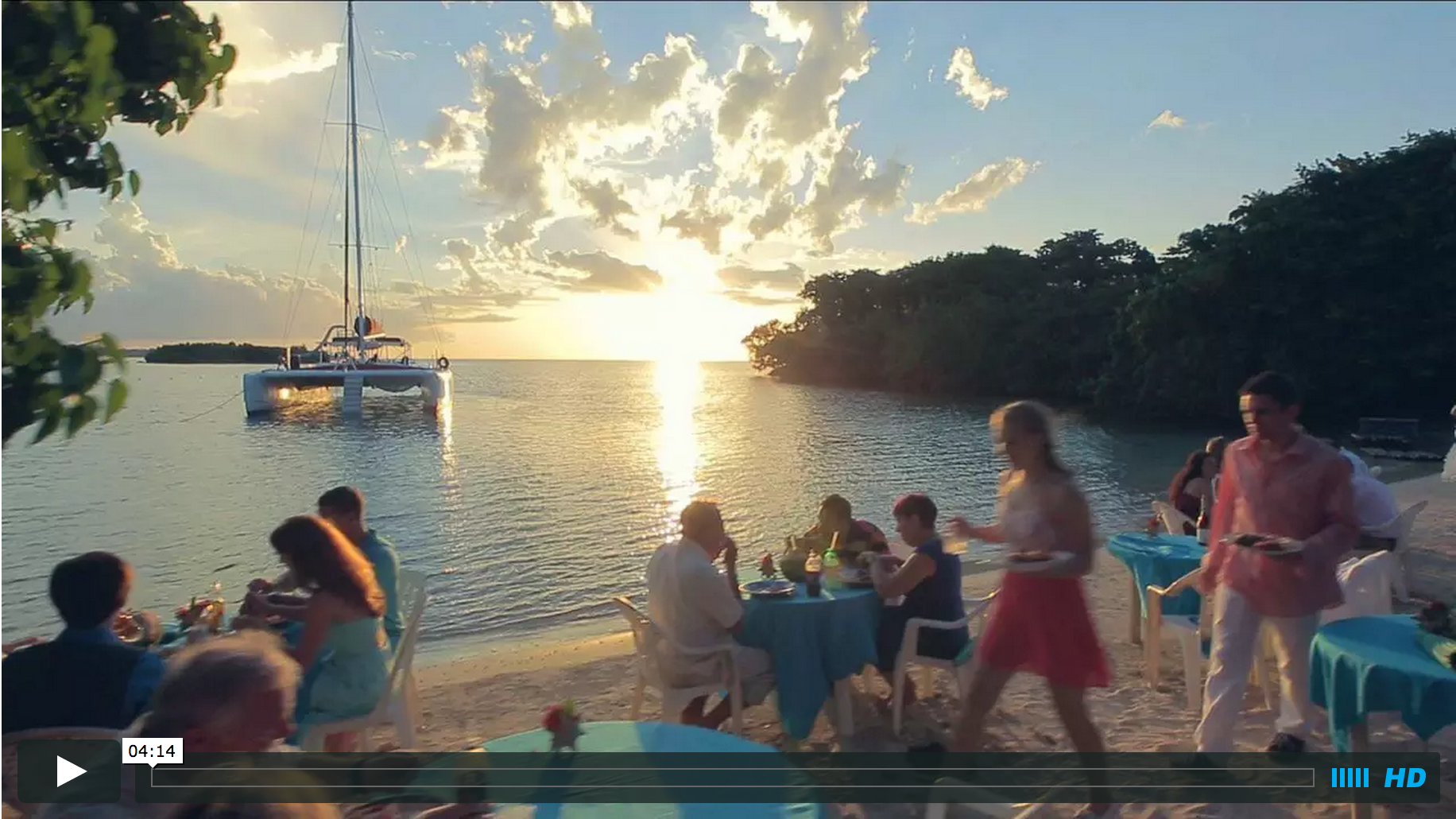 “Daniel and I met three days after I moved from Nashville, Tennessee to St. Petersburg, Florida. I had moved there to grow my quickly expanding online marketing company, and he had moved there a month before after falling in love with St. Pete from visiting friends who lived there.

It was 3 a.m. and I had just gotten home from hanging out with some new friends and my adorable dog, Bella, needed to go outside before I went to bed. I put her on her leash and took the elevator downstairs. When I opened the door to let her out, I wasn’t paying enough attention and before I knew it was tripping over a little black dog! I looked up and there was Daniel. He was gracious and after we made sure his dog, Chance, was alright, he quickly picked up the conversation. We talked about how I had just moved to St. Pete and about how the security at our apartment was like Fort Knox. Daniel suavely suggested that I should give him my number because he had already had multiple friends accidentally lock themselves out of the building, and he didn’t want that to happen to me. Typically I wouldn’t have given it to him, but his logic was impeccable and I obliged. We said goodnight and went back to our separate apartments.

Little did I know then, that Daniel didn’t go back to his apartment. Instead he rushed to visit one of his best friends, Rich, to tell him he had just met the woman he was going to marry.

The next day, he texted me and invited me out to a Rays game with a group of his friends, and the rest is history.

Daniel and I love to travel. We were in Jamaica at Sunset at the Palms last September, and we both adored the place. It was the first destination we had been together that we both knew we wanted to come back to. While we were enjoying cocktails and watching the sunset at Rick’s Cafe, we saw a huge white catamaran gliding off into the sunset and we decided that Jamaica was where we wanted to tie the knot.

Once we had decided on the place, the planning process began! Ever since I was small when my family went on vacation, we always went sailing, so a nautical theme was a natural choice. First things first, we found a company that rented catamarans and were were blessed to find our amazing wedding planner through them. After that, things started falling in place.

With a little bit of luck, we assembled a top notch crew of vendors for the big day. For us, the ceremony was very important, so we shipped in our priest, Father Joe, from New York City. He had preformed the ceremony for Daniel’s cousin’s wedding in January, and he was, quite simply put, amazing.

To capture our special day for all of eternity, we flew in our partner and friend, Brandi Morris, of Brandi Image Photography. She works with us and my company Symphoni, as our go-to photographer, but specializes in wedding photography. Originally, we did not plan on doing videography, but after seeing a friend’s wedding video done by Elysium, we knew we couldn’t live without it.”