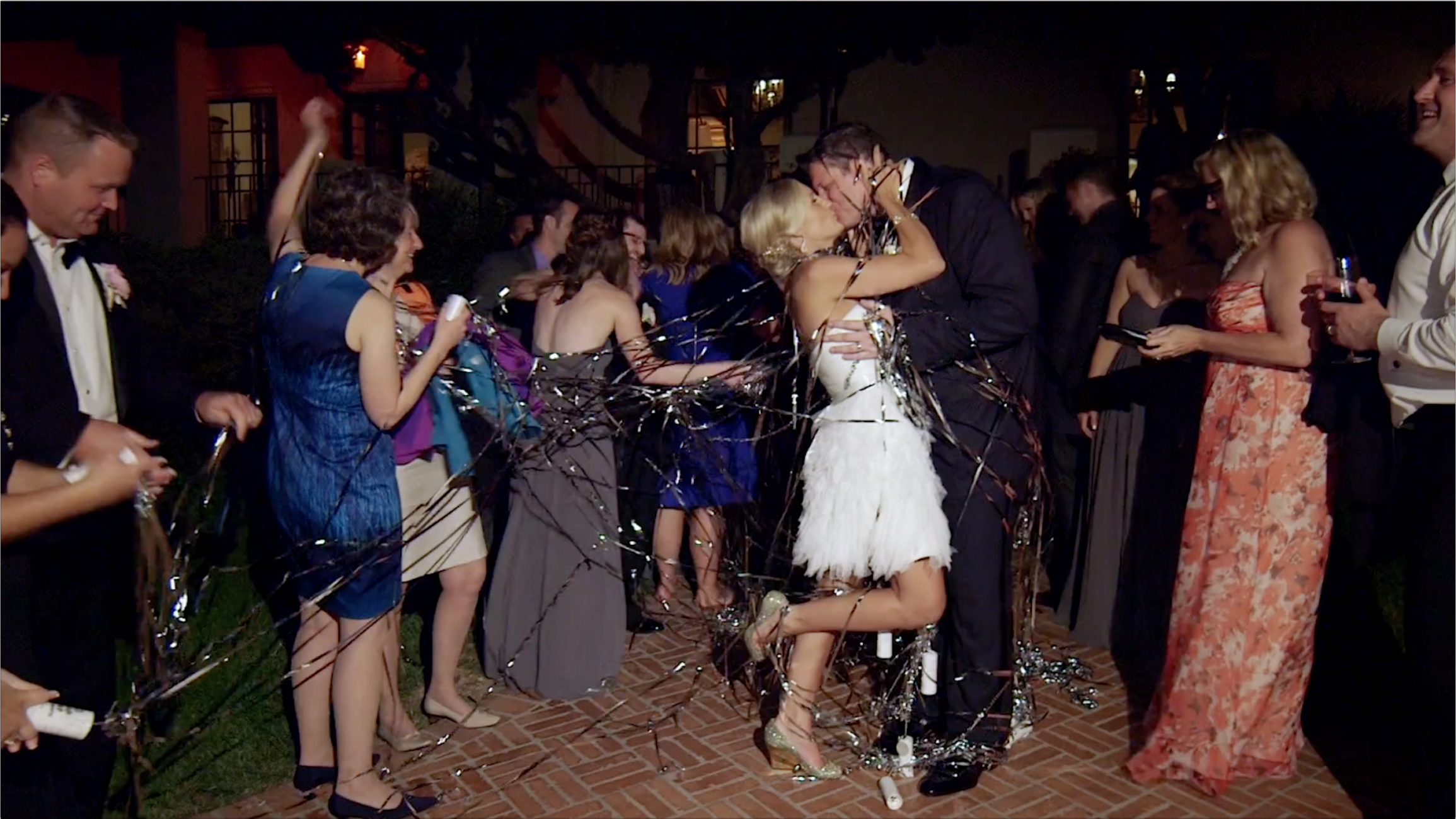 Couldn’t be more thrilled to share this Highlights film from a super sweet wedding we filmed at the Four Seasons Santa Barbara! Joy & Steven were a dream to work with and their love is infectious! From the bride:

“We met during our medical training at Texas Tech University in Lubbock, Texas. Steven was in the middle of his surgery residency, and I was a second-year pediatrics resident. We were caring for the same patient in the Pediatric ICU, and my attraction began when Steven gave me the most thoughtful care package one evening during an arduous call shift. Steven knew I had been battling a head cold, so imagine how touched I was when I opened the bag to find a Theraflu, a honey bear, cough drops and a cozy fleece blanket. We soon had our first date, and the chemistry was undeniable. Steven’s thoughtfulness, sincerity and dry humor were what initially attracted me. He would say he appreciated my honesty – that I tended to wear my heart on my sleeve and always say whatever is on my mind. After two years, our training lead to an inevitable long-distance relationship. Steven’s adventure took him to Vanderbilt University in Nashville TN for additional training in Trauma and Acute Care Surgery. I attended the University of Texas at Houston for a three year fellowship in Neonatology. Our love deepened despite three years of our relationship being “geographically challenged.” On New Years Eve 2012, I walked into Steven’s Nashville apartment to find dozens of candles and red rose petals scattered everywhere. Music played softly while my eyes fixed on a tiny blue box in the middle of the couch. Steven proposed and whisked me away to an exclusive Nashville restaurant where my parents sat at the table, waiting to share our celebration. We’re happy to be finally living in the same zip code again, and we can’t wait for our wedding celebration at The Four Seasons The Biltmore in Santa Barbara.

Steven spent many of his formative years growing up between LA and Santa Barbara (thus the SoCA beach location).  The Four Seasons Biltmore is famous from an era in the 50s in which movie stars would travel up the coast to the Montecito enclave to escape the Hollywood scene.  The pool and decor is classic SoCA, and channels the crisp retro look of the “Mad Men” era.  My dress and Valentino Jewelery Couture Jewel-Bowed shoes are an homage to the elegance of the 50s “Mad Men” era, and the swish of the layered silk organza reminds me of the ocean.  The groomsmen’s gifts include Randolf Engineering aviator sunglasses, in keeping with the Mad Men theme.  Steven’s exquisitely tailored Tom Ford Midnight Blue tuxedo is part James Bond (the Daniel Craig trilogy, of course) mixed with the whimsical soul of Justin Timberlake (music that Steven and I both enjoy together).”