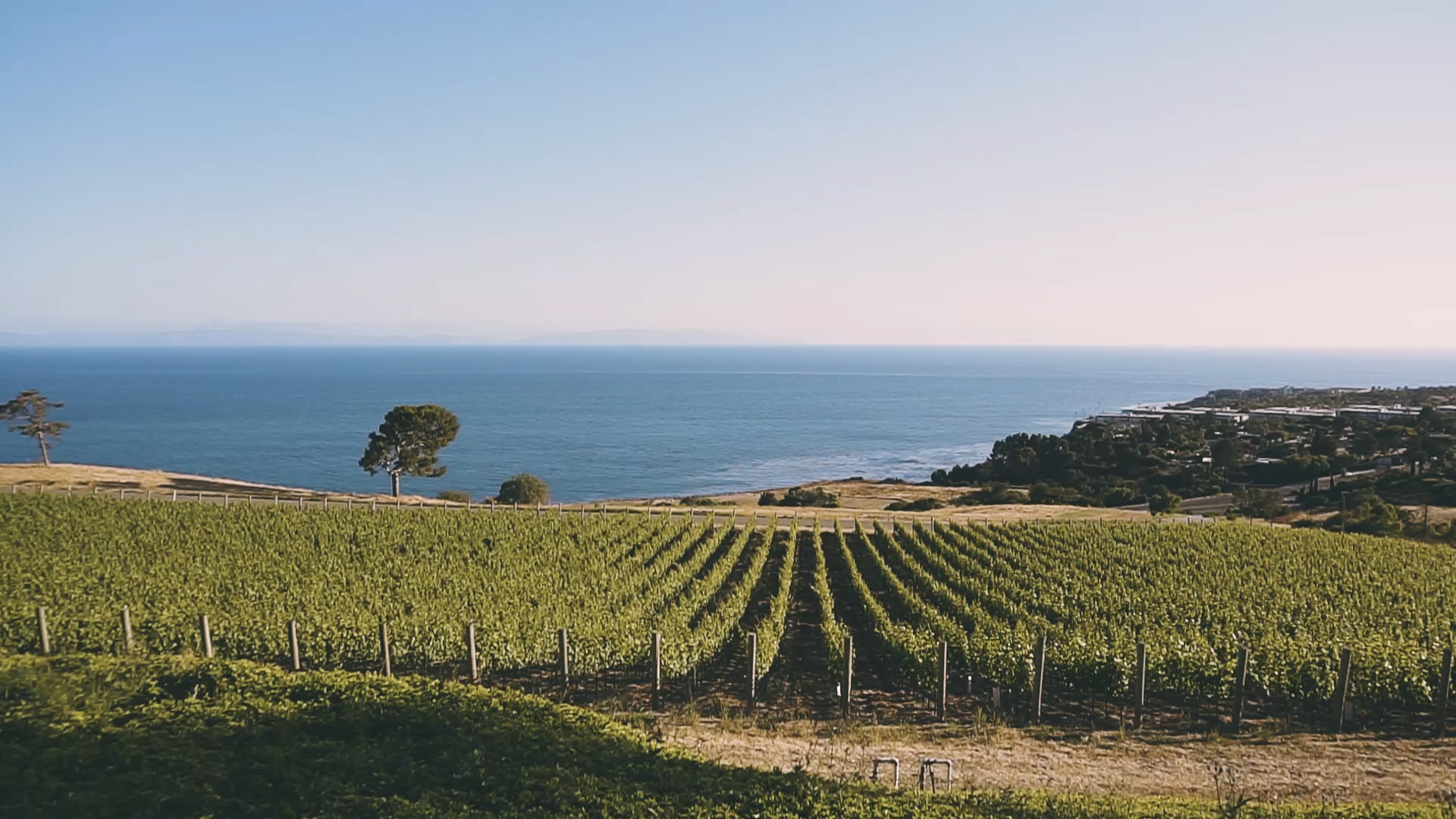 Below you will find a handful of wedding videos (hint… scroll down to see them all!). These are all real weddings, with real couples, and each one took place at the stunning Catalina View Gardens.
We hope these videos can provide you with loads of indispensable inspiration.

"Although baseball teams will never be something they agree on, Jason’s St. Louis Cardinals hat is what started a conversation one breezy Sunday, beachside in Hermosa. His midwestern charm was something that immediately caught Aimee’s attention. He was a sucker for brown eyes, and it was uncanny how much they shared in common. Family, friends, travel, and careers sparked an immediate connection. Encouraged by his friend, Jason asked for Aimee’s number, stating he’d like to grab coffee to talk more about their work backgrounds and opportunities. When Aimee received a text from an unknown number that said “Hello Beautiful”, she had a sneaking suspicion of who the author was, and excitedly realized this wasn’t work-related. After a lengthy text message game, they had finally agreed to meet for that coffee. The universe had a different plan, as they bumped into each other the night before while out with friends. The rest is somewhat history, but a fun history of European Vacations, boat trips in the Caribbean, endless Americanos and a few mimosas here and there. They share endless love for their family, friends and their mischievous pit bull Sofie. This past July, Jason decided to pop the question mountainside in Wyoming, and Aimee said yes. After a month, the planning began and they were very decisive on how they envisioned their wedding. It would be one of ease, love, family, and friends in the midst of God’s creation, oceanside. On April 21st, they look forward to celebrating the forever love they have found in each other at Catalina View Gardens."

From the bride... "It was during Fall Break of 2007 when I, a midwestern Christian girl in her ripped denim jeans and bubblegum pink flip-flops, met Jerry, a Cali boy with his Volcom hoodie and permed hair. Our relationship began when Jerry invited me to share some hot Earl Grey tea on a chilly autumn night, and the two of us stayed up until 4 in the morning, talking about our lives, loves, hopes, and dreams. After an all-too-short year together at Cornell, we were separated. Jerry graduated and moved to Hong Kong to pursue a career in design and international trade, while I continued my studies, spent a semester in Paris, and eventually enrolled in law school. This marked the beginning of a long distance relationship spanning almost a decade and 10 different cities. During the years that we spent apart from each other, our relationship continued to grow despite the distance. The two of us kept each other close via long e-mails, short visits, and hundreds of thousands of hours of Skype calls. It wasn't until Fall of 2014 that we finally reunited in New York City. On the night of November 7, 2015, we were on their way to a dinner party to celebrate Jerry's 30th birthday (or so I thought). Imagine my surprise when, after being led into a beautifully lit, private veranda at the back of the restaurant, I found myself surrounded by our closest friends, some of whom had come from as far off as Canada, Oregon, and New Mexico. It wasn't until Jerry dropped down on his knee that I understood what our friends had all gathered, from near and far, to celebrate...and I said, "Yes!" After lots of crying, hugging, and smiling, until eyes were rimmed red, arms were sore, and cheeks twitched with fatigue, our friends and we enjoyed a sumptuous dinner and then hit the town for a memorable night of euphoric karaoke and the most epic dance circle there ever was. A year and a half later, on May 27, 2017, we will come together, before our loved ones, to celebrate our union and the coming together of our families Cataline View Gardens. We cannot wait to gather everyone for a weekend full of joy and celebration, and look forward to creating heartfelt memories and sharing the beginning of a brand-new journey!"