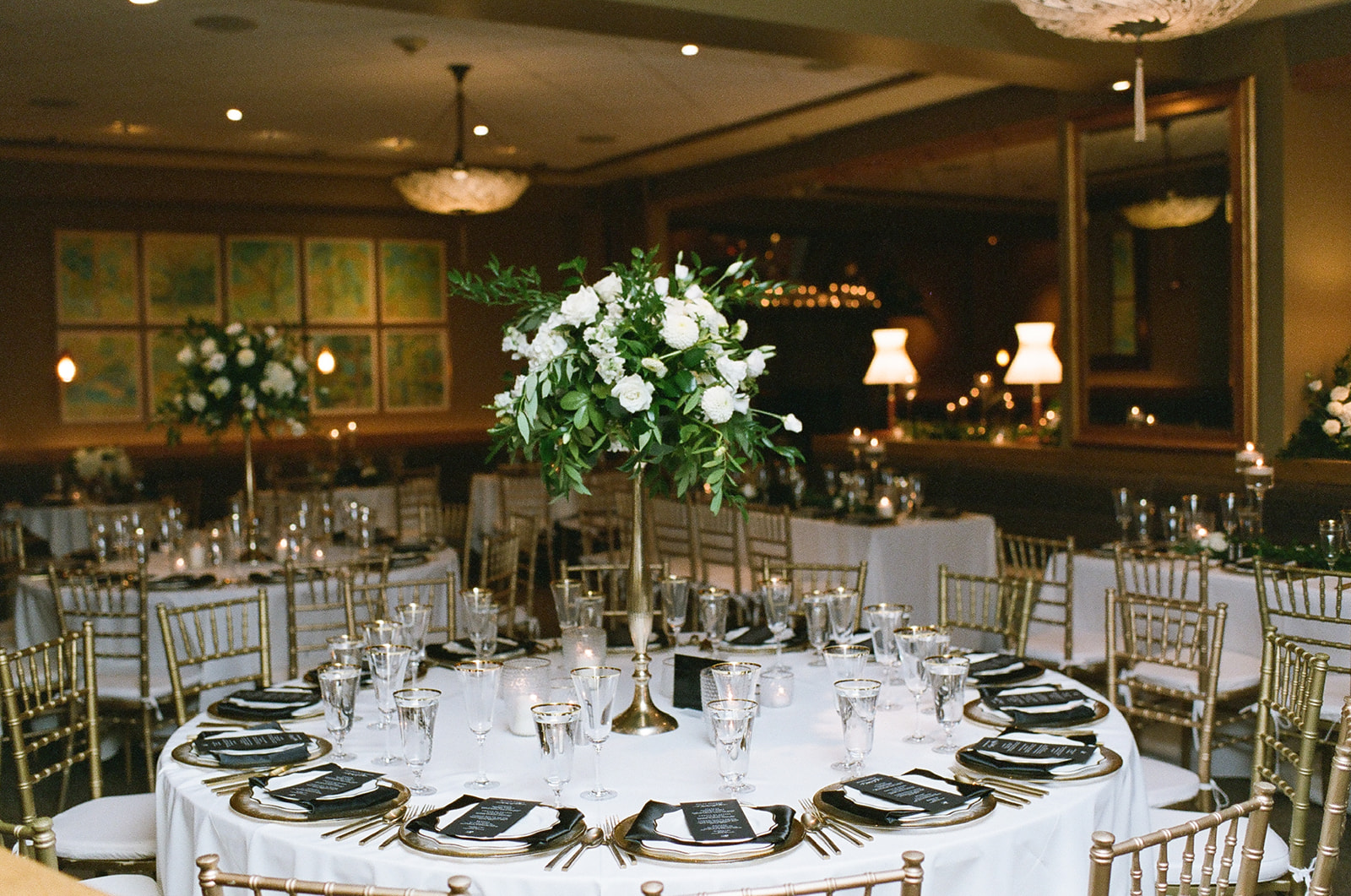 elow you will find a handful of wedding videos of weddings planned and executed by Calluna Events (hint… scroll down to see them all!) These are all real weddings, with real couples, and each one was produced by the talented team at Calluna Events. We hope these videos can provide you with loads of indispensable inspiration.

A WEDDING PRODUCED BY CALLUNA EVENTS AT LARKSPUR, VAIL COLORADO

From the bride... "We met at our friend Chloe’s house the Friday before Super Bowl 48. All of Pete’s friends were in town to watch the Broncos play the Seahawks (for a serious letdown!) and Chloe called me because her friend Erik was bringing his roommate Pete and 20 of their best bros over for a pregame before heading out on the town in Denver! She was the only girl there so I OBVIOUSLY couldn’t leave her hanging! When I arrived, Pete and I instantly hit it off. We whipped up (many) homemade Moscow Mules and neither of us could stop laughing. I remember thinking “how is this guy so funny?!” Pete asked for my number later that night and we went on our first date three days later. It was there, at Forest Room 5, that again I found my face hurting from smiling and laughing so hard, and I remember thinking “he has the exact same sense of humor as me!” Over the next few years, our love story spanned across the country, as I moved to New York City right after graduating from the University of Colorado (Pete and I are both devoted Buff Alumni!) I believe that when we were apart is when we truly fell in love because that’s when we became best friends. We talked on the phone almost every day and texted each other whenever we had a funny run-in with a New Yorker on the subway or went to a great concert at Red Rocks. Pete came to visit me in NYC and those are some of my favorite and most fun memories of us, romping around the city together, eating and drinking through each neighborhood. In 2016, I moved home to Denver. I moved in with Pete “for a few weeks while I tried to find my own apartment” but to no-one’s surprise, I never left!! The past 3 years have been the best of our lives, sitting on our downtown patio listening to bluegrass music, making spontaneous trips to Broncos games, Buffs games, and numerous food festivals and concerts. And truly just being there for one another, whether we’re enjoying a glass of Rose on the Tavernetta patio or walking around the farmers market on Sunday morning. In 2018 SoulCycle asked me to move to LA and then San Francisco before returning to Denver to be one of the Mile High City's opening instructors. Even though I was going to be away for 6, 7, or 8 months, Pete was my number one fan and biggest supporter, telling me I had to follow this dream. It turned out to be the (2nd) best decision I’ve ever made! About two months before moving home, Pete proposed to me on the roof of Union Station, our favorite place in the world, and the rest truly is history. Since then, we bought a house and have been trying to become real adults (which we’re not sure will ever actually happen!) and have been counting down the days until we officially get to call each other husband and wife, even though we know we really started our life together 5 ½ years ago."

From the bride... "We met because of a lie. In October 2012, my boarding-school friend Abby told me that her childhood friend from Florida had seen photos of me on Facebook and wanted to meet me. We were all living in New York at the time. She invited me along to his birthday party at his brownstone apartment on the Upper West Side. When we got to his place, he met us outside his apartment building. He wasn't wearing any shoes, which I found strange. But when Abby introduced us, I immediately had heart eyes for him. He had a great smile and was charming and not to mention very tall. As he showed me around his apartment, I thought we had a great rapport going, really hitting it off. But, later on in the night, I see him with someone who is clearly his girlfriend. I was confused. Why did he tell Abby he wanted to meet me if he had a girlfriend? When we left, I felt deflated. Well, I'll never see him again, I thought. A few months go by. In February, out of the blue, Abby texted me. Stephen is newly single, she said and wants to go out to dinner. So I once again I get dolled up, thinking I’m going on a double date orchestrated by Stephen. The dinner went well. I remember laughing a lot. It didn’t take any effort to talk to him. We all went back to his apartment—his roommates were having people over. Once we got to his place, he left me to socialize on my own. About thirty minutes later, I see him having a conversation with a girl who is sitting on his lap. I thought to myself, This guy has no interest in me whatsoever. But I still couldn’t resist giving him my number as I was leaving. I don’t remember who texted whom first, but I remember it wasn’t long until we were texting all day, every day. We had our first proper date in March at The Smith in Lincoln Square. It was pretty much perfect. I had a 6:00 a.m. flight the next morning, but the date was going so well I didn't want it to end. We stayed up talking until 3:00 a.m. I decided I'd just sleep on the plane. I did not, however, clear this plan with my sleep-deprived and dehydrated body, and I fainted when the plane took off. I spent the entire two-and-a-half-hour flight laying down in the aisle with an oxygen mask. Because of my prone body, no one could use the lavatory and the attendants couldn't get to the drink cart. People were not pleased. It was the most humiliated I've ever felt, but I don't regret a thing. A month into our relationship, I asked him which photo of me sparked his interest. He had no idea what I was talking about. “Abby said you saw a photo of me on Facebook and wanted me to come to your birthday party,” I said. But it turns out, he never saw a photo of me, and he never invited me to his birthday party or to dinner in February. Abby had made up the entire thing just to get us together. It worked." 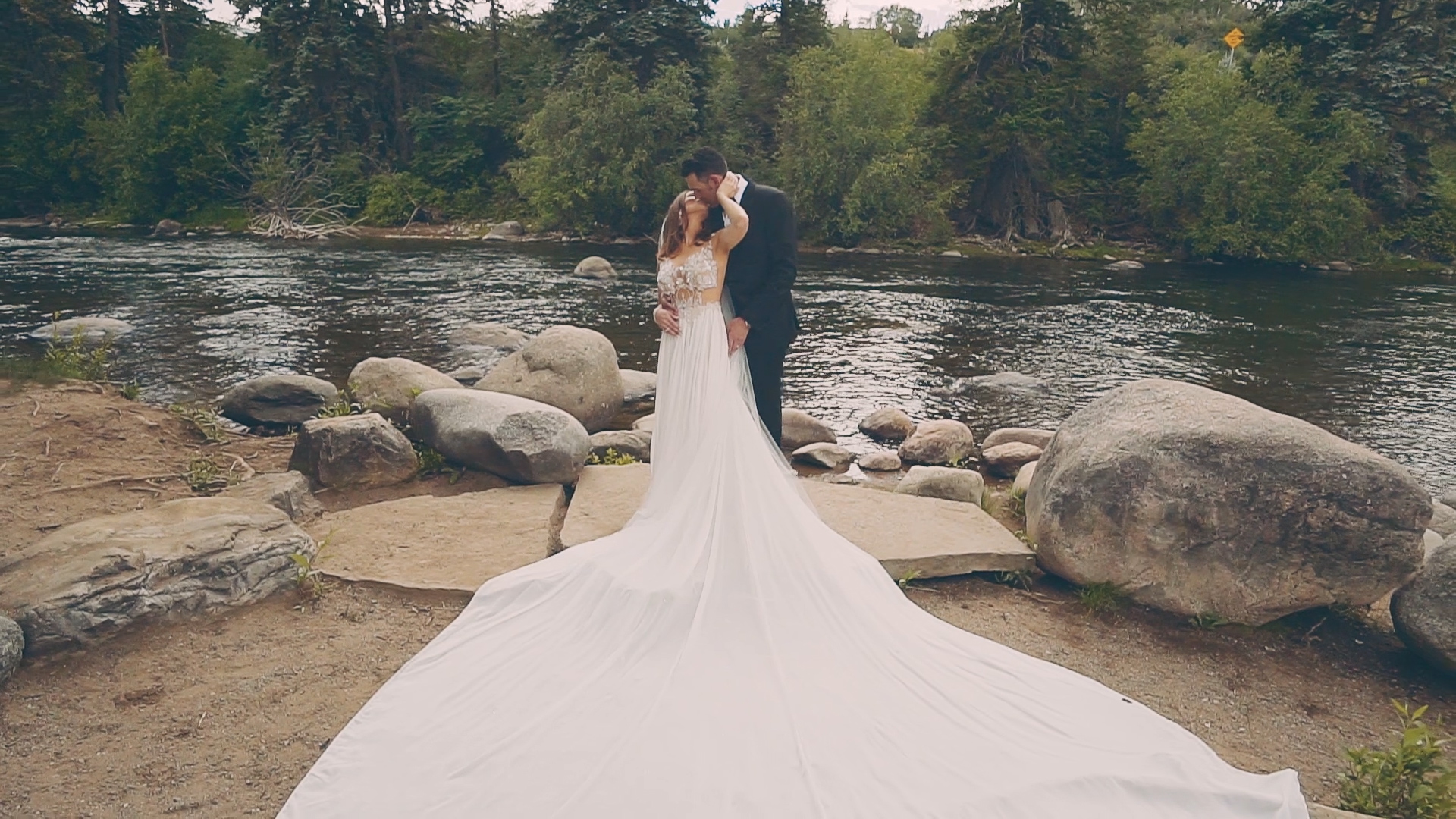 A WEDDING PRODUCED BY CALLUNA EVENTS AT BEAVER CFREEK, COLORADO