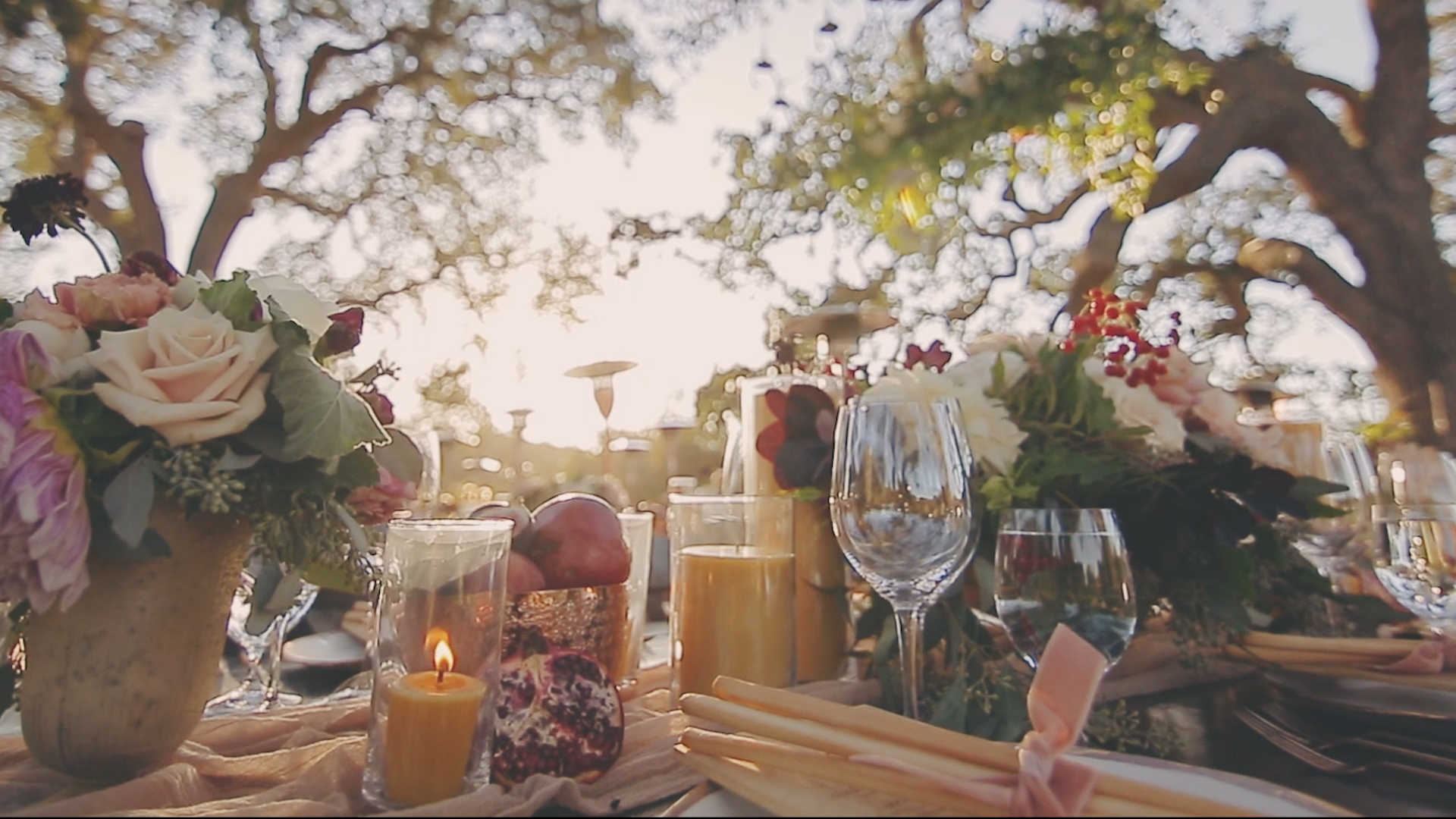 Below you will find a handful of wedding videos (hint… scroll down to see them all!). These are all real weddings, with real couples, and each one took place at the stunning Beaulieu Garden.

We hope these videos can provide you with loads of indispensable inspiration.

From the bride... "We met in December 2013 on a blind date in New York City. A mutual friend had set us up and we grabbed drinks at The Other Room in the West Village. We immediately connected and both of us knew there was something special. Our relationship got pretty serious quickly and before we knew it, we were spending every minute that we could together. Mike had planned to move to Denver for a job the following summer and Kimmie ultimately decided to move with him in July 2014. Our first couple of years in Denver brought unexpected adventures for both of us. We thought we'd live out west for a few years before heading back to the east coast, but we fell in love with Colorado and decided to build our life together here. We got engaged in Florence last September and had a very relaxing and romantic week with just each other before celebrating with our friends and family back home. We love the mountains and have so many memories in Aspen, making it the perfect place for us to get married!"

From the bride... "Colton and I met the summer going into our Sophomore year at Baylor. We had just moved into our off-campus houses and he happened to move in just one house down from mine. The day I moved in, I ended up going to a mutual friend's house where he came up to me to introduce himself to me and to let me know he lived one house down. After that, we didn't spend a moment apart! We spent the rest of the summer together, but just as friends. By the time school started, we had both developed feelings for one another but neither one of us wanted to be the ones to tell the other or ruin the friendship. That fall, our feelings were undeniable and by November he asked me to be his girlfriend! We fell in love very quickly and almost 6 years later are saying "I Do!" at Beaulieu Garden."

From the groom... "We met and fell in love in the greatest city in the world; New York! While living in the same apartment building in New York City - one month after Lena moved to town - we were both at the gym on Thursday night, September 15, 2011. She struck up a conversation with me, we got to chatting, discovered we both grew up in California, and decided to meet for a drink that night. And the rest is history! Like kids in a candy store, we enjoyed broadway shows, dinner and dancing, and the occasional spontaneous walk across the Brooklyn Bridge or around the corner to the local coffee shop. Cool fall afternoons were always a favorite time of year; with a light sweater and a camera in hand walking through the West Village. We have taken full advantage of living in one of the greatest cities in the world and fell in love experiencing everything the city has to offer together. But one place, in particular, was special to us: Central Park. We got engaged on a colorful autumn evening before the sun went down in the middle of Sheep's Meadow - a place we are certain we will revisit for the rest of our lives to reminisce November 7, 2015. Five years almost to the day we met, we are in the final countdown to tie the knot in Beaulieu Garden in Napa Valley, another place we love and have frequently visited during our relationship." 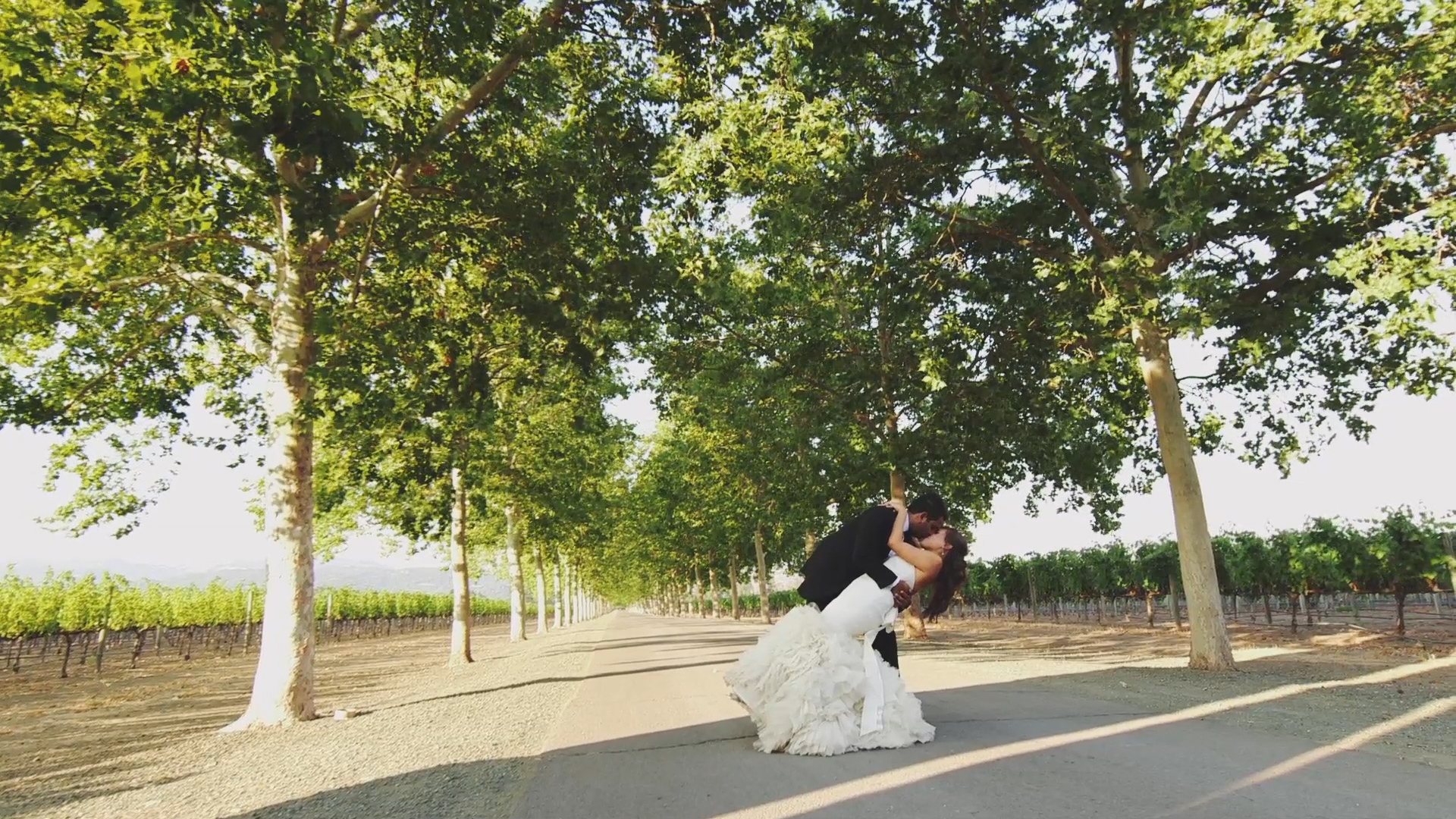 "Prior to attending UCSF School of Dentistry in San Francisco, Katie and Ray both went to a university in Los Angeles. Katie attended Occidental College, while Ray was just a few miles away at the University of Southern California. Although they did not meet while in college, Katie and Ray both had the dream of attending dental school and entering the dental profession. Katie had the opportunity to attend multiple dental schools and was deciding between the East Coast and somewhere closer to home. Ray, on the other hand, had verbally accepted and was set on attending his dream school and alma mater USC. However, as fate would have it, both Katie and Ray ended up falling in love with San Francisco and chose to pursue their dental education at UCSF. On a cold and foggy summer night in San Francisco, both Katie and Ray attended a class mixer prior to the start of dental school. Ray was a bit “too cool for school” and was on his way out after making a short appearance at the mixer before running into Katie. Being the fun-loving and cheerful soul that she is, Katie offered to share a cab; however, Ray was eager to express his bachelor habits and declined. After an awkward initial interaction, Katie and Ray ran into each other a few more times through the beginning of dental school. Katie had almost written Ray off completely before he offered to help with a challenging homework assignment and she soon discovered that Ray is not only brilliant but also incredibly kind and loving. It didn’t take long for Katie to realize he was the man of her dreams. After spending time together in the fall, Katie and Ray officially began dating in January of 2012. Although they met in dental school, Katie and Ray credit their loving and easy-going relationship to their similar family background, love for traveling and genuine balance and support to one another. On June 21st, 2014, Ray proposed to Katie on a picnic in Mallorca, Spain. They were both elated to share the good news with friends and family upon returning to California. Katie and Ray are thrilled to spend the rest of their lives together. They cannot wait to share their special day with you all as they take this next step in their life together at Beaulieu Garden."