Below you will find a handful of wedding videos of weddings planned and executed by Ann Whittington Events (hint… scroll down to see them all!) These are all real weddings, with real couples, and each one was produced by the talented team at Ann Whittington Events. We hope these videos can provide you with loads of indispensable inspiration. 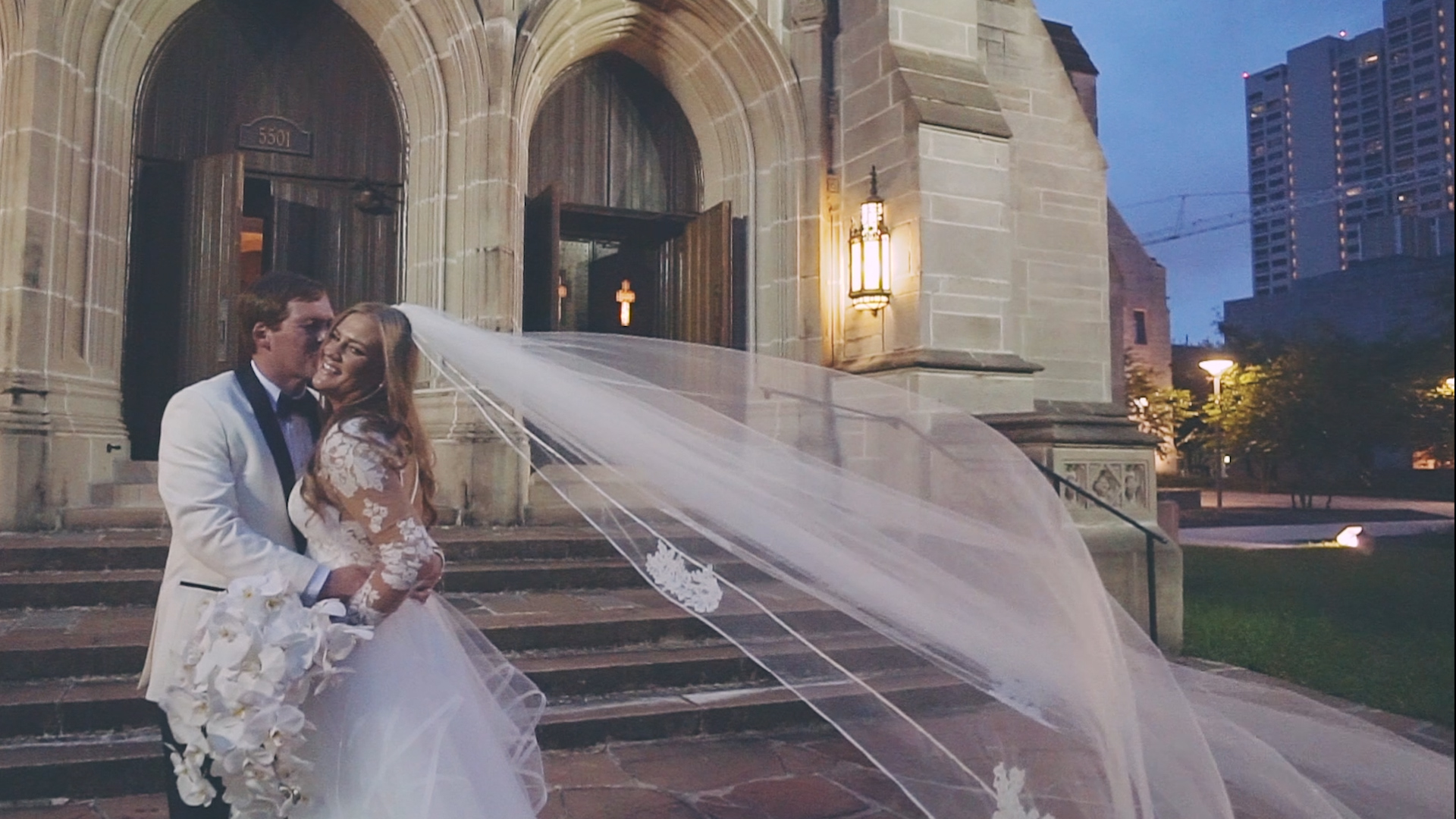 A WEDDING PRODUCED BY ANN WHITTINGTON AT THE MUSEUM OF NATURAL SCIENCE, HOUSTON TEXAS

From the bride... "Brian and I were fifteen when we first met through mutual friends. We both agree that getting in trouble and having a good time was our common denominator more than actual friendship. We weren't best friends and we certainly didn't have crushes on each other or fall in love at first sight. In fact, this relationship could be described as a glacier since it took so long to form. Literally. We dated for a hot minute before he went off to college, I moved to California in my twenties and when I got back he had contacted me via Facebook. That may sound normal now but six years ago when you had not talked to someone in nine years and they contact you via Facebook with no profile picture and three Facebook friends and you agree to meet up it sounds absolutely insane and creepy. The show Catfish was not around yet or else I may have changed my mind..... We made plans to meet up at a bar where I was going to be seeing a band with some of our original mutual friends. That night was NOT super special but it did set the tone for what would be the beginning of our love story. That night we both felt that there was definitely something but not exactly sure of what. He was career focused and had just gotten out of a long relationship. I had just moved back to Houston and was a bit of a mess. In terms of career or relationships, I was at the bottom of the barrel on both. I was definitely lost before I was found. Our relationship has grown with us over the past six years. I would say that two people feeling the exact same way at the same time about their relationship is a beautiful thing, being on the same page can be hard. He proposed ironically on Good Friday ( March 25, 2016). Brian put so much thought and planning into our proposal and had so many people involved it still overwhelms me to think about it. The night he proposed we had dinner plans with friends. We had off that day since it was a holiday and he decided to spend his day drinking beer with the neighbor and showing up just in time for me to iron his clothes for us to head out the door........ I was waiting for our Uber in the kitchen when I saw a limo pass by and then back up in front of our house. When I told Brian he calmly walked outside like nothing was odd, I followed and wish I could say I remember something but I blacked out. He said he had proposed in front of our house because it wasn't just a house it was a place that we both had turned into our home and how much he loved spending time there with me and our dogs. I cried my eyes out and then we jumped in the limo for one more surprise. We ended up at our favorite date spot where we were greeted by a TON of friends, all of our family, candles, rose petals, and pictures of us everywhere. No detail was spared and to this day is still the greatest night of my life. Brian is the guy that reads all the directions before he puts something together. He always keeps his cool and is beyond agreeable about everything. We have completely opposite taste in pretty much everything except politics (thank god). Every day I feel undeserving of how normal and nice of a guy I get to end up with. My only regret with Brian is that my father did not get a chance to meet him. My life changed when we reconnected in the best way possible and am beyond grateful he chose me to share his life with. As written by the groom... Nora and I have known each other for over half of our lives, through mutual friends in early high school years. I always thought Nora was a one-of-a-kind woman, beautiful and fun that everyone always loves to be around. Although we dated briefly in our late teens, we both moved away from Houston for a while to pursue our careers and education. I always thought of her, and when I realized we were both in the same city again, I reached out to Nora via Facebook even though I am not an active Facebook user! Fortunately, she accepted my request to meet and we had a great time reconnecting. We dated for several years, enjoyed vacations, holidays, and friends' weddings together, and on Good Friday of 2016, Nora said yes to my proposal in front of our home, followed by a party with friends and family. I love her very much and can't wait to spend the rest of our lives together."